On October 2nd, 2019, Mayor Joe Hogsett and other representatives from the City of Indianapolis joined Near Eastside neighbors, business owners, and community leaders to announce the designation of a third Lift Indy Neighborhood, located in a key commercial corridor on the Near Eastside. The designated area, focused on a section East 10th Street, joins Monon16 and the Old Southside, which were designated in 2017 and 2018 respectively. The East 10th Street Lift Indy neighborhood also joins Monon16 as the second designated area which overlaps with the IndyEast Promise Zone. The Lift Indy designation commits $3.5 million in federal Community Development Block Grant and HOME Investment Partnerships Program funding over three years to spur revitalization in a specific area. Both of these funding programs are run through the US Department of Housing and Urban Development which also serves as the lead federal agency for all urban Promise Zones. Along with Mayor Joe Hogsett, speakers included City-County Councilor Zach Adamson, John Boner Neighborhood Centers CEO James Taylor, and local business owner Charles Lovelady. Each speaker touched on the importance of investment and partnership in ongoing efforts to uplift the Near Eastside. Having representatives from the public, private, and non-profit sectors is a fitting way to celebrate the work happening on the Near Eastside, as each sector is vital to the partnerships that have been created. These partnerships will be on full display as work continues along East 10th Street. 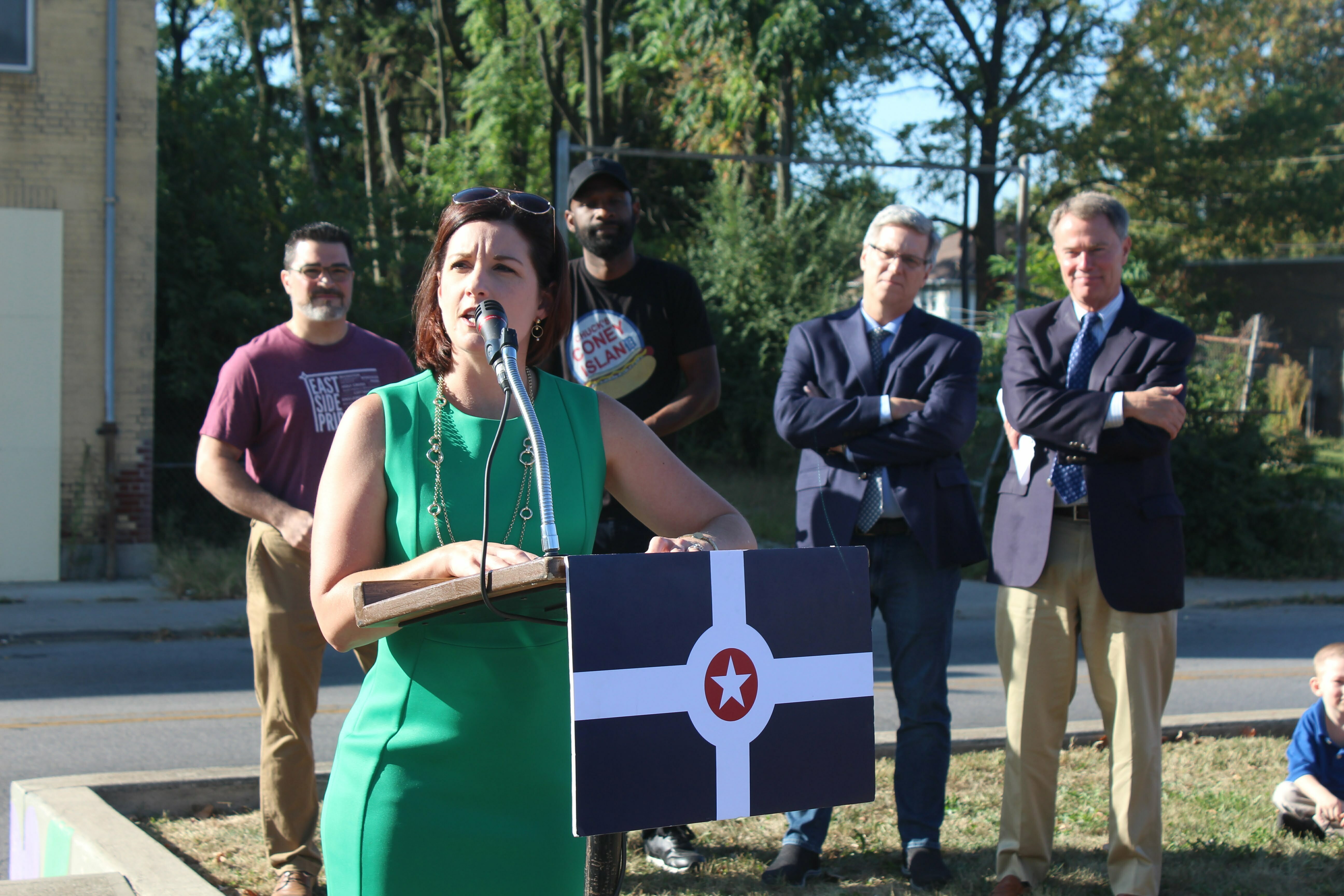 The Lift Indy designation and the projects it will support will primarily be managed by the John Boner Neighborhood Centers, Englewood Community Development Corporation, and Near East Area Renewal. The projects receiving support from Lift Indy funding will support important community needs like affordable housing and infrastructure improvements, as well as the development and expansion of local businesses. These projects also align with and support the Promise Zone’s Live IndyEast and Buy IndyEast goals by creating housing options for neighbors and developing thriving commercial corridors. A portion of Lift Indy funding will also be set aside for training and certification programs to meet the needs of local employers and industries, which aligns with the Promise Zone’s Work IndyEast goals. The Lift Indy focus area on East 10th Street also aligns with the geographical focus of ongoing investment of more than $4 million in the 10 East Arts + Design District by the Lilly Endowment, which is funding projects along 10th Street between Beville Street and Sherman Drive. The area is also the target of an ongoing Community Based Crime Reduction planning program, funded through the US Department of Justice. This layered investment will help maximize positive outcomes in the area. With the Lift Indy designation, East 10th Street is taking another step towards developing into a strong business corridor, while also continuing to provide Near Eastside neighbors with the spaces and services they need.

Get the Latest News about the Indy East Promise Zone